If you're in Adelaide next Wednesday evening and feel like taking in a little Culture, you could come to this event at the State Library. North Terrace, 6 for 6.30. (Click on the image to enlarge it. If you're lucky you might even be able to read the fine print.)

In which the young Harper helps out the old Harper

Yesterday I posted on Facebook a link to an article about the fact that sales of To Kill a Mockingbird have increased over 100% since David and Victoria Beckham named their new baby daughter Harper after Harper Lee. The bub is in good company, with Paul Simon's son and Gregory Peck's grandson (and who knows how many other less well-connected infants) called Harper for the same reason.

Someone commented at that Facebook link that she wondered what Harper Lee thought about it; my immediate thought, given my own joy when the annual modest but very welcome Public Lending Right and Education Lending Right cheques arrive chez moi every May, was that if Harper Lee was still alive then I bet she was as pleased as all get-out. A quick check with Wikipedia revealed that Lee is indeed still alive; she was born in April 1926 and is therefore 85 years old.

Given its ubiquity and its staying power on literature courses in schools and universities ever since it was first published, I'm assuming that Lee's iconic novel has kept her in cat food and bananas all her life, but the boost to royalties from the Beckham input can surely, to an 85-year-old woman living in a country where people die daily because they can't afford medical treatment and care, be nothing but very welcome.

I didn't know this lovely story from the Wikipedia entry about how To Kill a Mockingbird came to be written, so here it is. Props to Michael Brown or what? They don't make patrons like that any more.

In 1949, a 23-year-old Lee arrived in New York City. She struggled for several years, working as a ticket agent for Eastern Airlines and for the British Overseas Air Corp (BOAC). While in the city, Lee was reunited with old friend Truman Capote, one of the literary rising stars of the time. She also befriended Broadway composer and lyricist Michael Brown and his wife Joy. Having written several long stories, Harper Lee located an agent in November 1956. The following month at the Browns' East 50th townhouse, she received a gift of a year's wages from them with a note: "You have one year off from your job to write whatever you please. Merry Christmas." She quit her job and devoted herself to her craft. Within a year, she had a first draft.

Posted by Kerryn Goldsworthy at 9:51 AM 5 comments:

In which Ian Rankin does something unusual

What is quite unusual about this piece by Ian Rankin? What does it have that we don't often see in articles about literary favourites and highlights, or indeed in literary journalism at all?


Cross-posted at Still Life With Cat
Posted by Kerryn Goldsworthy at 7:37 AM 2 comments:

This morning I paid the princely sum of $10 for this new book: 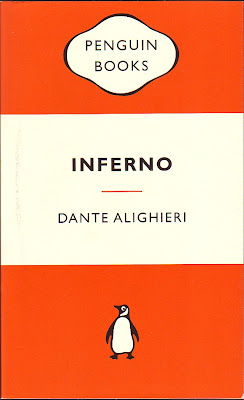 I was halfway to the bookshop counter, wallet at the ready, very possibly with Casey's recent lovely post about Dante in the back of my mind and thinking $10 was a really good deal for one of the great classics of literature, even if I did have to read it in unsatisfactory translation (for I've never seen a translation of the opening three lines that seemed to me exactly right, and I don't even speak or read Italian, but I know what I like), when I idly opened it at random to check the print size and found to my great joy that what I was about to pay a pittance for was a parallel text, with Dante's exquisite, lucid, singing Italian opposite the translation.

Five years of excellent teaching and intermittent hard slog at Adelaide Girls' High back in the mists of time has left me with the ability to nut out a little bit of German and quite a lot of French if it is put in front of me, but such Italian as has sunk in, ie almost none (though I still remember the Italian for the first phrase I ever consciously learned: Posso provarlo? 'May I try this on?') has done so by accident and through some sort of process of osmosis.

But it strikes me, not for the first time, that this verse is so beautiful one could teach oneself Italian simply by studying a page of this book a day. A dark wood, in which one has lost one's way: can you think of a better metaphor for middle age? 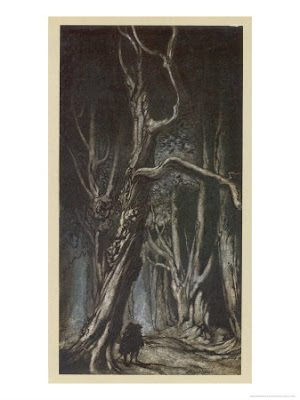 ...Françoise sat down beside me with a volume of Dante and construed
a few lines of the 'Inferno' to begin showing me how the language
worked. 'Per mi si va tra la perduta gente' - 'Through me you go
among the lost people'. A line that crushed the heart, but in the
middle you could say 'tra la'. It was music.

The opening lines likewise crush the heart -- 'In the middle of this life we live, I became aware that I was in a dark wood, and the path was lost.' Or words to that effect. Also words to crush the heart, but look at the paper (or whatever it is) that they were written on. 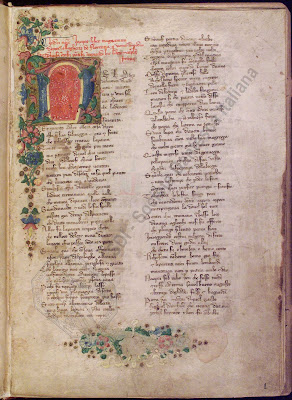 Cross-posted at Still Life With Cat
Posted by Kerryn Goldsworthy at 12:43 PM 2 comments:

On not writing about the Miles Franklin Literary Award

Passing over the irony of the fact that the main reason I've been neglecting this blog is that I've been flat out writing a book, missing my first deadline but absolutely determined not to miss my second (and I didn't, either. It seems that it's still possible in your late fifties to work all night; who knew?) -- passing over, as I say, the irony of that, I've been thinking in the wake of the second Miles Franklin Literary Award shortlist in three years to feature novels written exclusively by men about why the very thought of writing another post about this (for if they're gonna keep doin' it then it is up to those of us to whom these things matter to keep callin' 'em on it) (God I love long sentences, I just love them to death) makes me want to lie down in my own bed in the foetal position with the doona over my head and my thumb in my mouth.

The closest I've seen to an answer to this question is provided by theatre critic, poet and novelist Alison Croggon in some online discussion in the wake of her excellent piece on the subject for the ABC's The Drum. Can't find that comment now but it was something to the effect that one way to get rid of pesky feminist critics was to force them to bore themselves to death explaining the same simple points over and over again.

Examples of the simple points in question: What patriarchy is. What 'hegemony' means. Why the idea of 'literary merit' is not an absolute given. How the dominant culture works. Why it's not simply a matter of who has which set of bits. In a word, Feminism 101.

Not only do I not want to bore myself to death going over these things in online arguments with men who think they already know everything, I also don't want to bore myself to death listening to or reading the magisterial pronouncements of people who haven't done the reading. For examples, see the comments thread on Alison Croggon's piece I linked to up there, if you can stomach it, which I bet you can't. And the comments on Jason Steger's piece on the subject in The Age yesterday are much worse again.

The reason one has to explain the same simple points over and over again is that, in general, blokes simply do not listen when women speak, and they do not read what women write. This is circular argument: they will say Oh but that's because what women say isn't good or interesting, and then you say Well that's because you're applying masculine values universally, and they say They're not masculine values, they're universal values, like for example everyone agrees on what literary merit is, and you say Well no we don't, women value some things differently, and they say Oh but what women say isn't good or interesting.

I speak from the experience of (a) six years of blogging, in which activity I include reading and commenting on other blogs, (b) 20 years of university teaching and (c) 50+ years of arguing with my father. The exception is (some) male academics in the humanities, especially those under about 50: those who have actually read some of the theory, and into whom some of the theory has sunk. You can practically see the shining light bulbs above these men's heads. I am very fond of all of them.

But as for the rest, I don't know how this is to be got over. Perhaps it isn't. See doona, foetal position, thumb, etc.

Also, in the discussion of this year's Miles F round the online traps, I've been seeing two (in particular) other honourable exceptions to this: The Australian's literary editor Stephen Romei, and novelist and critic James Bradley. So perhaps there is hope.
Posted by Kerryn Goldsworthy at 12:32 PM 3 comments:

I see there's some sort of genetic link between being a member of the Flat Earth Society and not knowing where to put your apostrophes.
Posted by Kerryn Goldsworthy at 5:16 PM 2 comments:

Be careful what you wish for

I dreamed of a life in which I could make a living reading and writing, and do so independently: a life where I was in charge. I did a number of difficult things in order to make this come to pass. But tonight, years later, as I reap the fruits of same, my life is reminding me of something from my childhood.

Kerryn Goldsworthy
Adelaide, South Australia
Read, Think, Write is dedicated to all things books and writing. It incorporates two previous blogs, Australian Literature Diary (2005-2010) and Ask the Brontë Sisters (May-July 2007). Still Life With Cat is an all-purpose blog containing reflections on whatever is going on in the realms of literature, politics, media, music, dinner, gardening etc. Blogs by Kerryn Goldsworthy, a writer, critic and editor who lives and works in Adelaide, South Australia.